This year marks 15 years since Saskatchewan Polytechnic awarded its first honorary diploma. This annual tradition recognizes extraordinary individuals for their distinguished achievements and for modelling the institution’s vision and values.

The recipient of the Moose Jaw campus honorary diploma is Lieutenant-Colonel (retired) Maryse Carmichael. Maryse has been fascinated by aviation for as long as she can remember. As soon as she was able, she followed in her three brothers’ footsteps and joined the Royal Canadian Air Cadets with 630 Squadron. At age 16 she realized her dream of flying when awarded her gliding scholarship.

Maryse soon continued her aviation adventures as a military pilot, joining the Royal Canadian Air Force in 1990. During her 22-year career, she accumulated more than 3,500 hours on three main aircraft types: the Tutor, the Challenger and the Hercules.

The recipient of many awards, Maryse was recognized in 2005 in the Top 100 as one of Canada’s Most Powerful Women by the Women Executive Network, and in 2013 she was the recipient of the Elsie MacGil Northern Lights Award. She is the honorary president of the Air Cadet League of Canada and works at CAE, as Canada region training center operation manager.

Congratulations on your honorary diploma Maryse! 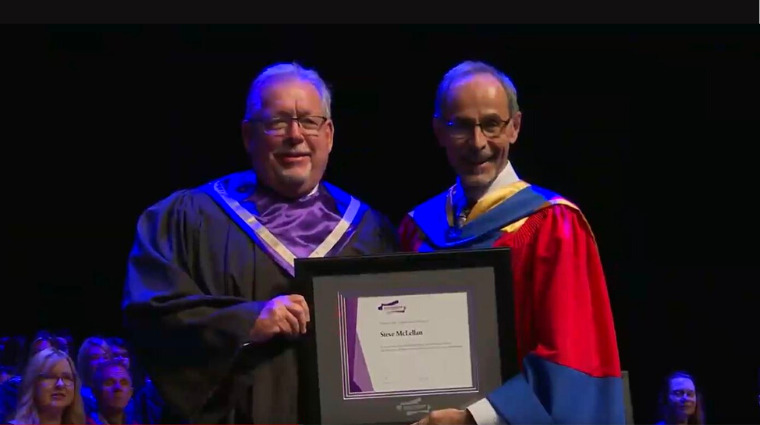