Story of inclusion and belonging told through new Indigenous mural

“The mural is about embracing everyone. It speaks of inclusion,” said Annette Lanoie, Saskatchewan Polytechnic Early Childhood instructor and one of the two artists who collaborated on the new Prince Albert Campus mural.

Visitors to Sask Polytech’s Prince Albert Campus will be welcomed by the art installation in the cafeteria. Filling a 12-foot circle on the brick wall, the mural was painted in four quadrants to represent an Indigenous medicine wheel. A purple turtle in the institution’s colours is the focal point of the piece. The turtle represents the story of Turtle Island, the Indigenous name for North America, and tells a creation story. From the turtle’s back grows a strong tree with the world map depicted in its foliage. The backdrop of the painting outlines the local landscape of Treaty 6 Territory, including the community of Prince Albert, complete with a river flowing through. In this way the painting links the local community to the world, all through the life-giving turtle. Three bison can also be seen in the painting. They represent education, or the “new buffalo” as described by Knowledge Keeper, Myrna Yuzicapi.

“It’s a powerful mural that connects our local community and the wider world through education,” said Deanna Speidel, director of Indigenous Strategy. “One of the Indigenous Strategy’s goals is avik wiiyawow, which is the Michif word for belong. Sask Polytech strives to create an inclusive, respectful, and welcoming campus where Indigenous students have a sense of belonging. Including Indigenous artwork on our campuses is just one of the ways in which Sask Polytech celebrates our Indigenous communities and supports the Truth and Reconciliation Commission Calls to Action.”

The mural was painted by Lanoie, who became involved in the project during her time as an Indigenous student advisor, and Jordan Twist, a renowned Indigenous artist in the community. The collaboration took more than eight weeks. The four quadrants were painted separately off site.

“My favourite part of the process was discovering new things with Annette,” said Twist. “There were dozens of times when we’d find a new colour or one of us would have an idea and we’d build on it together.”

“When you’re making something you love and it speaks to you, that’s a great feeling.”

The mural is based on an original idea from retired Indigenous student advisor, Shelley Belhumeur. That vision was taken to a local campus committee and developed further by Lanoie and Twist.

“It was a very challenging project, but we are pleased with how it turned out,” said Lanoie. “I’m grateful to have had the opportunity to work with Jordan and share our culture on campus.”

“Diversity is one of our institution’s greatest strengths,” said Dr. Larry Rosia, president and CEO. “Orange Shirt Day and the National Day for Truth and Reconciliation provides an opportunity to recognize and commemorate the legacy of residential schools. By commemorating these days, we are reminded of the importance of this period and actively recognize our important journey of reconciliation. This mural is part of our journey to reconciliation.” 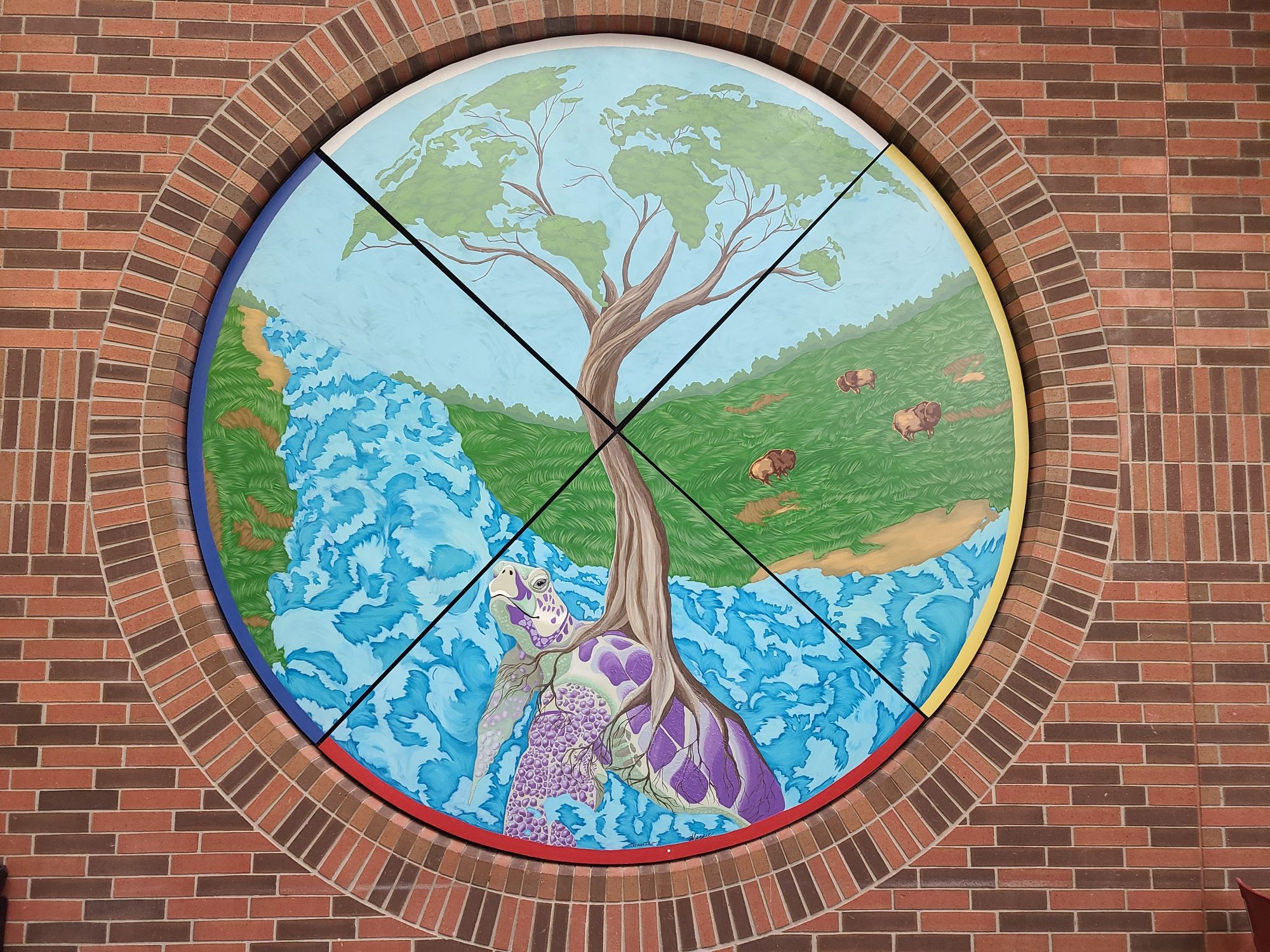 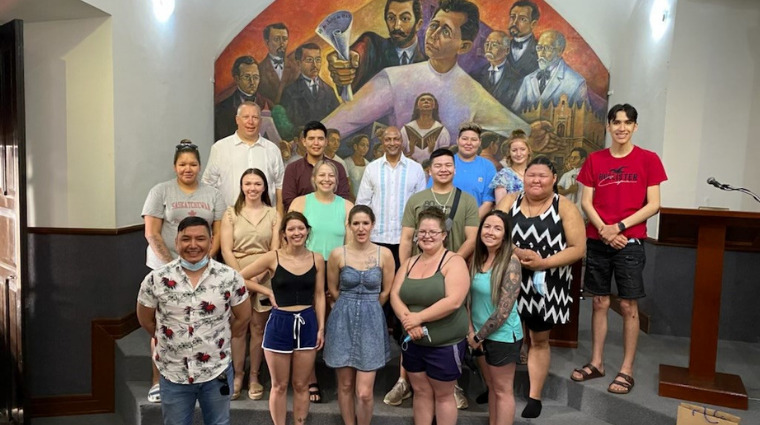 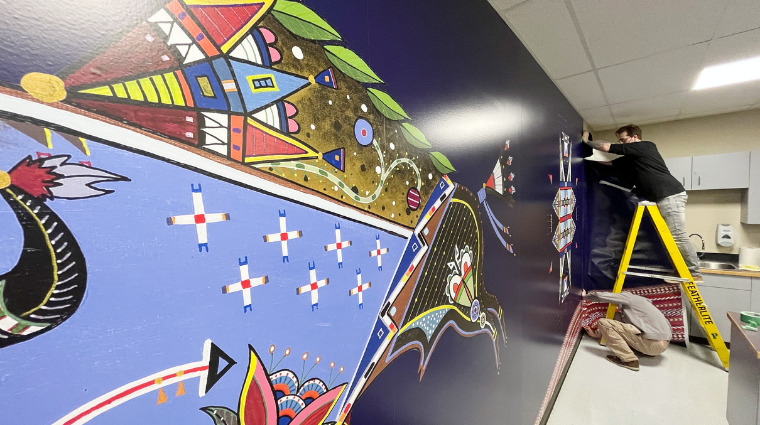