Reprinted with permission form the University of Regina.

In a meaningful and touching online event on June 4, 286 graduates from the Saskatchewan Collaborative Bachelor of Science in Nursing (SCBScN) program were welcomed into the nursing profession at a pinning ceremony – a time-honoured tradition that marks a nursing graduate’s transition from student to practicing nurse.

Commonly celebrated around the world, pinning ceremonies date back to the Crusades of the 12th century. Back then, monks were given Maltese crosses as badges for treating wounded crusaders. Later, Florence Nightingale, the founder of modern nursing, presented medals of excellence to her nursing graduates. Over the years, these medals have evolved into pins.

Every year in May, the SCBScN program – a partnership between Saskatchewan Polytechnic and the University of Regina – holds a pinning ceremony for its graduates. However, due to the pandemic, faculty and staff of the program decided to hold it virtually. They sent the pins in the mail to each graduate, and asked them to take a photograph of someone important to them to preside over the pinning. The photographs were then compiled into a PowerPoint slideshow and presented at the virtual pinning ceremony.

“We wanted to make sure that our graduates had the opportunity to celebrate their hard work with their family, friends, and significant others,” says Dr. Robin Evans, Interim Dean of the Faculty of Nursing at the University of Regina, who co-hosted the ceremony with Sandra Blevins, Dean of the School of Nursing and School of Health Sciences at Saskatchewan Polytechnic. “We hope that the virtual pinning ceremony showed our graduates how proud we are of them and their achievements.”

When nursing graduate Katrina Nixdorf BScN’20 received her pin in the mail, she contacted her preceptor Dana Reed, a Registered Nurse who worked closely with Katrina to guide her through the transition between school and work.

“It just seemed right that Dana would be the one who would pin me and welcome me into the profession of nursing,” says Katrina, who works in the Emergency Room at the Regina General Hospital. “She was more than supportive and very excited to pin me. She pinned me in front of the rest of the ward at the General Hospital, and I started wearing it that day.”

Taye Kehinde BScN’20, a nursing graduate originally from Nigeria, chose to be pinned by her mother. Taye is following in her mother’s footsteps, as she is also a Registered Nurse.

“I chose my mom because she’s the woman who gave me life,” says Taye. “Throughout my years of studying, she has guided me and given me advice. I look up to her.”

Taye and her mother attended the virtual ceremony together from their home in Regina, and were joined in cyberspace by Taye’s brother, who logged in from Edmonton, as well as Taye’s father, who was able to log in to the ceremony from Nigeria.

“The virtual format was extra special, as we were joining households together,” says Dean Blevins. “It was wonderful to see families gathering with their graduates. While we would love to celebrate in-person, seeing the photos of parents and partners pinning the graduates brought tears to my eyes. The virtual pinning ceremony provided a beautiful image of support by families and partners.”

During the ceremony, Katrina was surprised to learn that she was the recipient of three awards for the Spring Convocation: the Faculty of Nursing and School of Nursing Deans’ Medal; the Saskatchewan Registered Nurses Association Gold Medal for Excellence in Clinical Practice; and, the Dr. Sheila Dresen Prize in Nursing.

Dr. Evans announced Katrina’s awards and then asked her to step away from the ceremony and answer the door. Waiting outside for Katrina was a podium displaying the awards, and a camera to capture her reaction.

“I was shocked,” says Katrina. “I didn’t expect to be recognized for anything. I just went to school and went to work, and loved every second of it. I am very proud, and I feel a great deal of honour to be one of many students from previous years to receive these awards.”

Both Katrina and Taye are grateful to the program’s faculty and staff for ensuring the graduating cohort of 2019-20 was able to celebrate this rite of passage in a virtual pinning ceremony.

“If the ceremony hadn’t taken place, I would still go into the field and be a nurse,” says Taye. “But I would be missing that validation. It was a nice ceremony, and I am grateful that we were able to celebrate virtually.”

“The ceremony means a lot to me,” says Katrina. “I am touched that the staff and faculty care so much to have put such effort into making this special for us, and for me.”

Since 2011 when the program began, the SCBScN program has almost 1,600 undergraduate alumni. 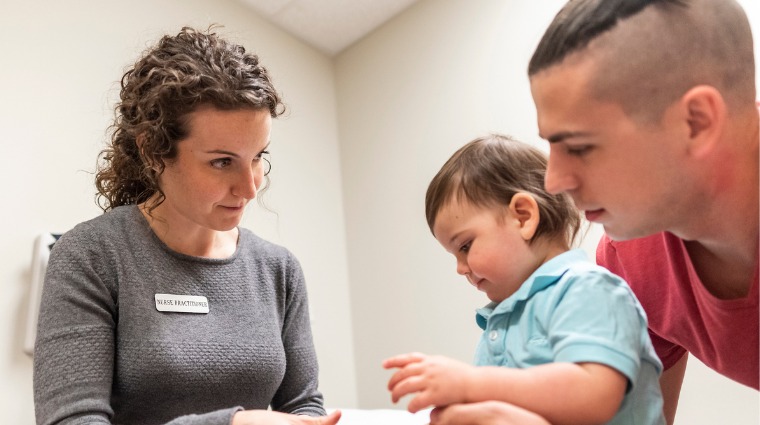 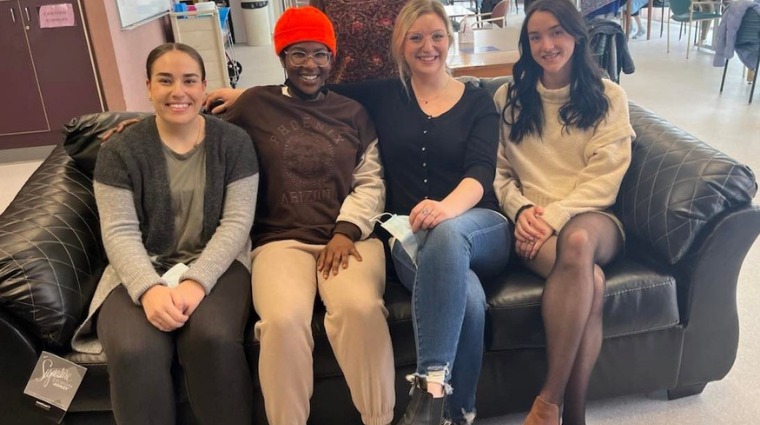 Nursing students team up with Ashley Homestore to help leave a legacy
May 12, 2022 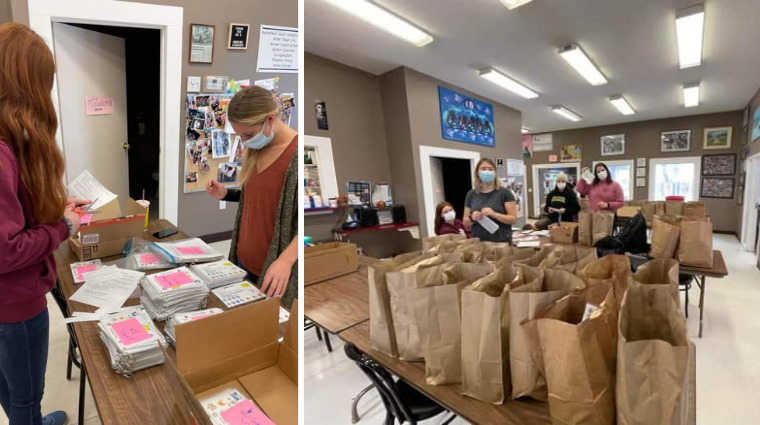