In the spring of 2019, Ashtin Bourgonje was sitting in the Saskatchewan Polytechnic campus cafeteria thinking about her carbon footprint. That might sound strange, unless you know Bourgonje. As a student in the Integrated Resource Management program on the Prince Albert campus, Bourgonje is passionate about making a positive difference.

“In class, we’d been talking about how to reduce our individual carbon footprint, so it was on my mind when I went to the cafeteria. I noticed the food waste, which gave me the idea for an applied research project on composting the cafeteria food waste,” Bourgonje says.

Countries around the world are waking up to the surprising cost of food waste, both to our environment and our economy. Research has found that 32 percent of edible food produced in Canada is wasted every year. The value of usable groceries that wind up in landfills is close to $50 billion—enough to feed every Canadian for five months. Adding insult to injury, food waste breaks down in landfills and creates methane gas, one of the worst greenhouse gases.

Bourgonje took her idea to Dave Halstead, research chair in the School of Natural Resources and Built Environment and her eventual project supervisor.

“The idea wasn’t new, but the scale of Bourgonje’s thinking certainly was,” Halstead says. “She wanted to develop a workflow/protocol for industrial-scale composting at Sask Polytech. She recognized that this food waste could be used to augment local gardens and recycled back as an additional food resource.”

Halstead encouraged Bourgonje to put together a proposal for funding. Some of the most important benefits of applied research actually happen during this stage, as researchers begin building partnerships. Bourgonje toured the composting project at McIntosh Mall, where Saskatchewan Government Services had initiated a similar industrial-scale project. This helped foster a collaborative relationship with Government Services personnel on campus. Bourgonje received an overwhelmingly positive response when she reached out to the Professional Cooking program on campus. She worked with the carpentry program, which provided one of its gardening sheds, and facilities personnel to get the shed to an appropriate location. She also contacted the City of Prince Albert and community gardens to secure an end destination for the compost which would be produced.

After reviewing Bourgonje’s proposal, Halstead sent it on to Scott Lipsit, the program head in Natural Resource Technologies. “I was impressed,” Lipsit says. “Since Sask Polytech made applied research a strategic initiative, I’ve seen a lot of projects apply for funding. The successful ones always involve students, include industry partners or offer a benefit to our communities. This project did all three.”

The proposal was approved by Sask Polytech’s Office of Applied Research and Innovation. When Bourgonje arrived back on campus at the start of the 2019-2020 school year, she set to work. “I didn’t expect it to be as complex to set up,” she says, “but getting the shed, insulating it, having lighting installed, finding the right location, setting up the bins, finding the worms—it takes a lot of organizing.”

Halstead credits volunteer efforts from people in carpentry, facilities, and government services as playing an important role in the project’s success.

By mid-February, the shed was in place, nine compositing bins had been installed and some 3,600 red wigglers, the worms used in composting, had been sourced from a local supplier. In March, Bourgonje was finally able to begin adding food scraps and start collecting data. Before COVID-19 the goal was to have nutrient-rich compost for community gardens by early summer.

“It’s been amazing to see all the different departments at Sask Polytech come together to make this happen, from cooking to carpentry to facilities,” Lipsit says. “It’s a tangible example of thinking globally and acting locally.”

Although Bourgonje graduates in 2020, the impact of her applied research will continue as there is opportunity to broaden the project and provide a workflow for similar composting projects at other Sask Polytech campuses.

“The buy-in from government services and Sask Polytech facilities supported Bourgonje’s ultimate goal of fostering a culture of sustainability,” Halstead says. “Everybody recognizes this is where we have to go to limit costs to the Polytechnic and the environment. Part of the research is geared to measuring composting awareness through community feed-back and surveys.”

This garden composting project is currently postponed until in-person classes resume due to COVID-19. 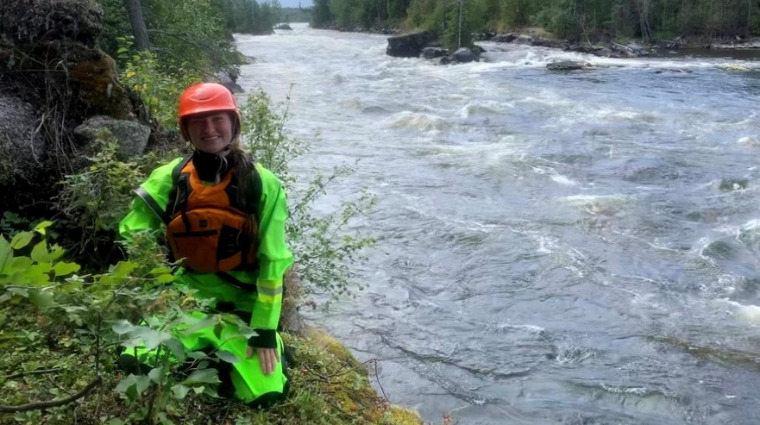 Co-operative education leads to adventure in the field
December 3, 2021 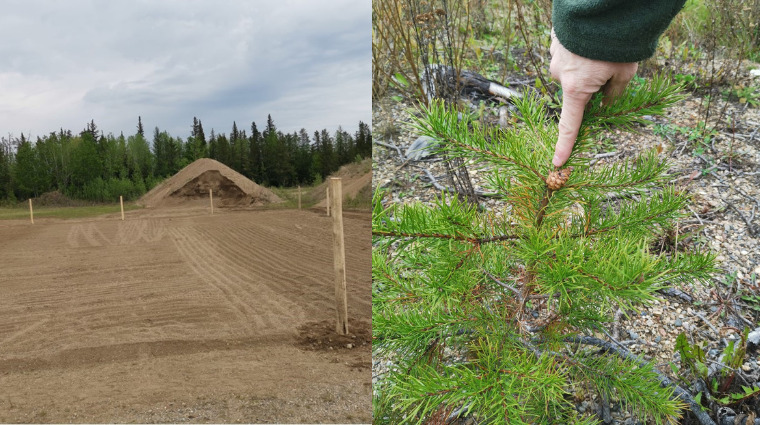